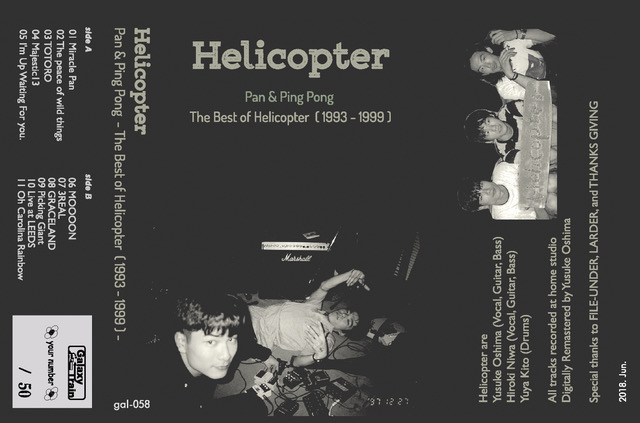 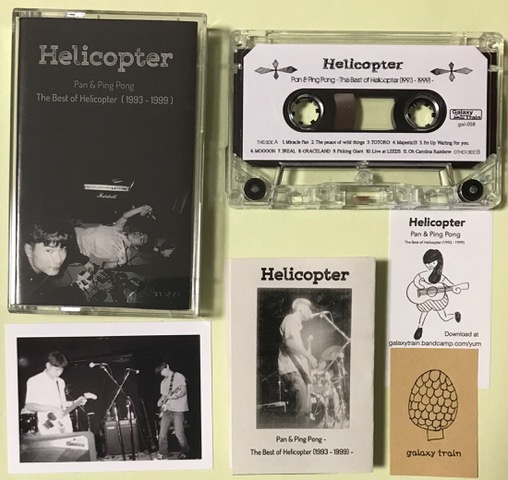 
Nagoya's electronic instrumental band "ALL OF THE WORLD". Mr. Ichiro Yamaguchi (Sakanaction) said that he loves them. The legendary trio "Helicopter" was a band whose members had been active before the "ALL OF THE WORLD". Their tracks will release from the Galaxy Train.

A famous critic Mr. Atsushi Sasaki said, "Helicopter is an answer from Nagoya to the US Lo-Fi movement in the early 90s such as Lou Barlow and Half Japanese."

All these 11 tracks (+4 bonus tracks) were chosen from the huge number of home-recording-tapes left in their activity period from 1993 to 1999. It consists of fresh scum/junk sounds by their high school days, and melodic post-rock style sounds that can be said as prototypes of the "ALL OF THE WORLD". These experimental spirit and humor sense that anticipated the era will surely apply also to the present music scene.